The AJS held a debrief meeting of “VSJ” on July 23rd at the office. Mr. James Gerien-Chen reported his research result about “Between Empire and Nation: Taiwanese Settler-Migrants and the Making of Japanese Empire in South China and Southeast Asia, 1895-1950”.
Listeners learned about the background of Taiwanese settler-migrants from his explanation of historical records. He said that VSJ was a valuable experience because he could find a new discovery from material research and discussion with experts. 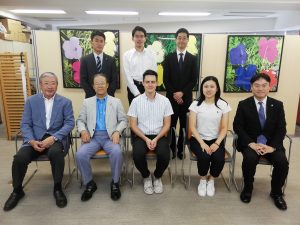 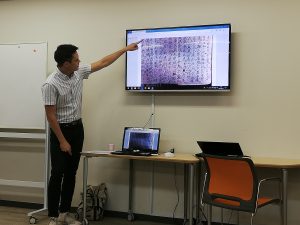