“VSJ” is one of four AJS centennial commemoration programs. The selection committee of the Society chose 5 recipient students this year. Mr. Carl Gabrielson of East Asian Languages and Cultural Studies at the University of California, Santa Barbara is the one of this year recipients and he reported his further findings on his research subject “U.S. Military Bases and U.S.-Japan Cultural Exchange.” Listeners learned the issue of the relocation of a U. S air station in Japan and other problems. 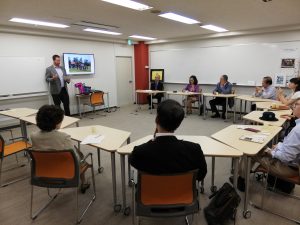 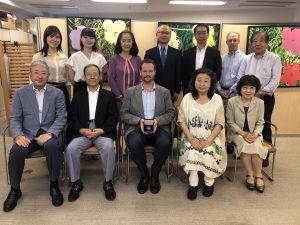