The Next Generation Round Table (NGRT) Independence Day Party was held on July 1st, 2019 at Roppongi Hills Club, commemorating the Independence Day of the United States. Nearly 50 people including NGRT members and AJS members participated in the meeting. During the party, the participants enjoyed interacting with each other while taking part in the Bingo game. In addition, the performance of the violin and the piano colored the party. 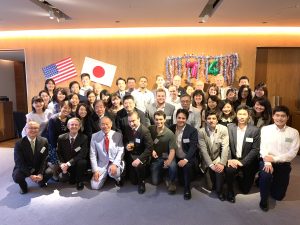 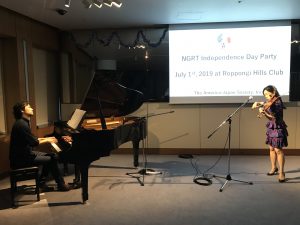