The AJS members visited Tsukuba Space Center through the kindness of Japan Aerospace Exploration Agency (JAXA).
First, we visited the exhibition hall and had an explanation of earth observation by artificial satellites. They play an important role in global cooperation by observing the climate change and used in damage observation when disaster happens. We also learned about human space flight, especially about the experiments at the ISS module “KIBO”. Then we were guided to the area of R&D and astronauts training.
At last, we had a chance to talk with Dr. Koichi Wakata, the vice president and astronaut of JAXA. He answered some questions from student interns such as leadership of astronauts and international conference of space. It was a valuable experience to find the attraction of human space flight. 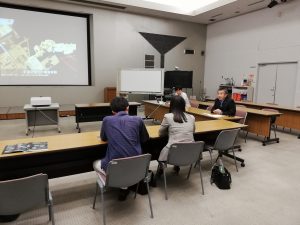 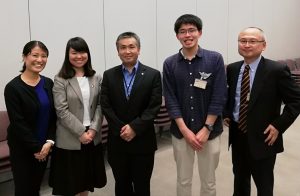